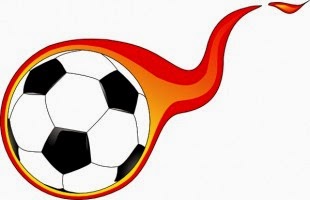 Today if you hear His voice, do no harden your hearts.
(Hebrews 3:7, NIV)
From the sideline of the soccer field, the timekeeper yells out “Minute and a half left in the game.” Further down the sideline a father yells “Son, we’ve got time for one more.” This father is referring to another goal. I smile at the thought.
This is the last soccer game of the season and our team is winning. Our wins and losses for the season are fairly equal, but there is something exciting about winning the last game of the season.  The son, hearing his father’s voice nods his head and sprints across the field.
Run. Kick. Score!
The boy bends over, hands resting upon his knees, gasping for breath. He is tired and weary, yet there is a faint smile across his face. The timekeeper yells out “10 seconds left!” Again from the sideline a father shouts out, “Son, we’ve got time for one more.” I glace over at the father thinking he’s crazy. His son’s team is already winning, why try with only 10 seconds left on the clock. The son, hearing his father’s voice nods and yells “Got it.”
Run. Kick. Score. Win!
The crowd erupts in cheers. I stand there in sheer disbelief.  I overhear someone on the sideline say to his wife “Did you see that boy’s response when he heard his father’s voice?” I watch the father hug his son. The words still echoing in my mind: “Did you see that boy’s response when he heard his father’s voice.”
From the sidelines, I watch as parents pack up the folding chairs while the kids run in circles. Meanwhile, I contemplate my personal response to my Heavenly Father’s voice. Do I nod and say “Got it” and press on, even if it seems crazy? Do I try, even if I know I have already accomplished my goal?  Do I ignore His voice knowing I’ve done my part; thinking let someone else do the rest?
I know God desires to do the impossible in my life. “Lord, forgive me for not responding with a willing heart when I hear your voice. Help me to respond with a “Got it” attitude (no matter how tired I am) when I hear your voice.”
Now to Him who is able to do above and beyond all that we ask or think according to the power that works in us. (Ephesians 3:20, HCSB)

May you and I be mutually encouraged by each other’s faith. (Romans 1:12 NIV)

P.S. In case you wondering, the father on the sidelines is my beloved, and the boy is my son.

"When Life Take a Detour."

You have Successfully Subscribed!

I hate spam too. Your personal information is safe and will never be shared. 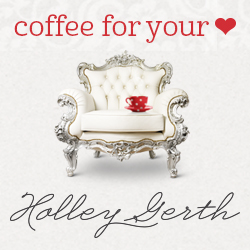